Top prospect to top rookie: Svechnikov’s road to the NHL 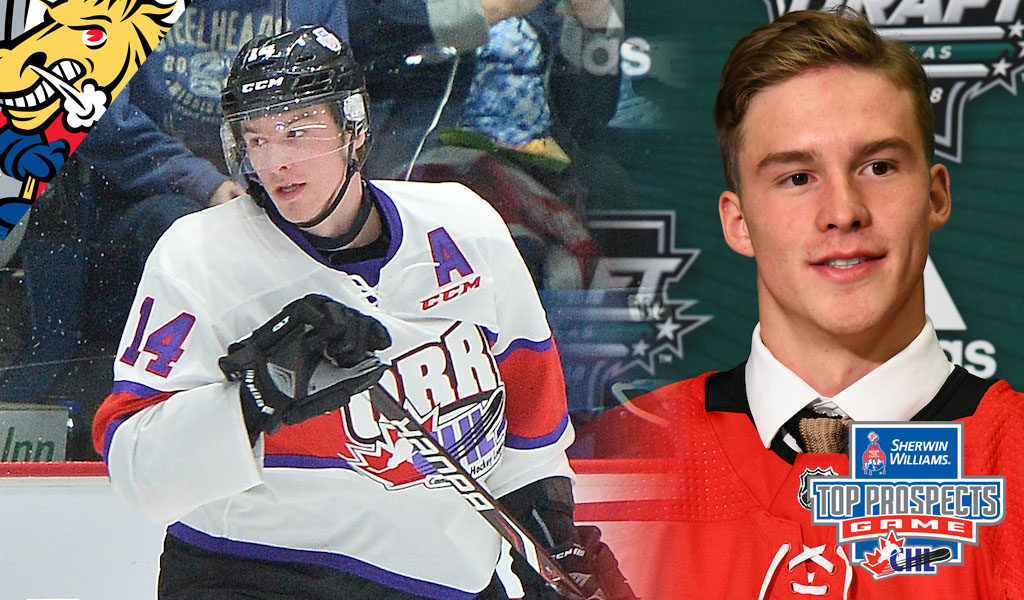 It was only one year ago when Andrei Svechnikov lined up for Team Orr at the 2018 Sherwin-Williams CHL/NHL Top Prospects Game.

His performance through the midway point of the 2017-18 Ontario Hockey League season and his billing as a top up-and-comer punched his ticket to the prospect showcase, where he played alongside other NHL draft-bound first-round talents like Noah Dobson, Liam Foudy, and Ty Smith. And while the hulking Russian winger, who served as an alternate captain, was held off the scoresheet, a rare quiet night offensively didn’t discourage him.

Rather, the game acted as a springboard for the Barrie Colts forward, who was already high on team’s draft lists, as he cranked up his productivity in the latter half of 2017-18, picking up 21 goals and 19 assists in the 20 games that followed the prospect showcase, upping his pace from 1.33 to an even two points per game. That domination continued into the postseason, where he racked up another 11 points.

Svechnikov ultimately went second overall to the Carolina Hurricanes in the 2018 NHL Entry Draft, wrapping his lone campaign in the OHL and just his second on North American ice with a team-leading 40 goals coupled with 32 assists in just 44 appearances. That success saw him take home the Sherwin-Williams Top Prospect Award, presented to the top ranked North American skater from NHL Central Scouting’s final rankings, in addition to OHL Rookie of the Year honours.

Number one ranked @ASvechnikov14 of @OHLBarrieColts was named the #CHL’s Top #NHLDraft Prospect of the Year.

No doubt it was a busy year for the budding star, whose calendar not only included key events like the prospect showcase and the lead up to draft day, but also a five-game showing with Team Russia at the 2018 IIHF World Junior Hockey Championship where he recorded five assists for his home nation. It all played a part in his eventual selection by the Hurricanes.

“A player like this, if you watch the style he plays, the way he drives the net, the way he comes off the wing … Andrei looks like a player who isn’t afraid to go to the net, and when he goes to the net, he goes hard,” Hurricanes general manager Don Waddell told reporters from the 2018 NHL Entry Draft. “He shoots the puck so well. When you look at the abilities he has, he can be a game changer for you. Goal scoring is at a premium and to have a guy like that who can score is a nice addition to have.”

Andrei Svechnikov of @OHLBarrieColts was the highest selected #CHL player at the 2018 #NHLDraft chosen 2nd overall by @NHLCanes.

One year later and Svechnikov is a prime ticket on an exciting Hurricanes squad, surrounded by other top-end talent and Canadian Hockey League graduates like winger Micheal Ferland, defenseman Dougie Hamilton, and captain Justin Williams.

Still just 18, Svechnikov has had little difficulty adapting to pro hockey life in Carolina, where he’s collected a respectable 11 goals and eight assists across 43 games and continues to prove the Hurricanes made the perfect pick when they called his name last June.