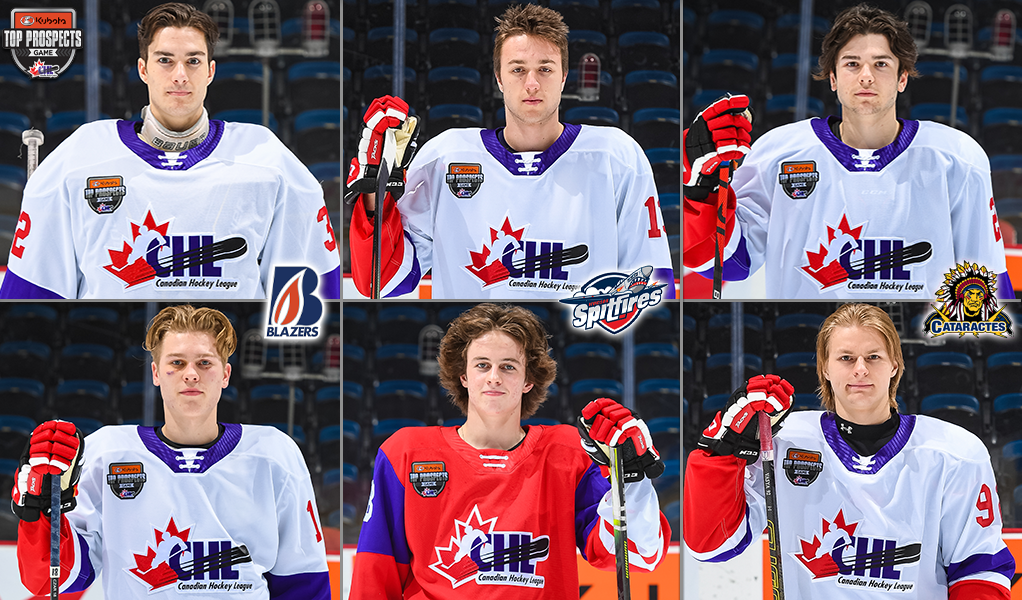 For many, it was the chance to attend the annual showcase alongside a club teammate as nine Canadian Hockey League teams were represented by two players each.

Of that group, four sets of teammates were together with Team White, two groupings partnered with Team Red, and three teammates went head-to-head.

“He’s a pretty special player,” said Kamloops Blazers netminder Dylan Garand in joining teammate Connor Zary as part of Team White. “This is my second year playing with him so I have gotten to know him well. He is a super skilled guy. He has a really good shot. He has great hands and he is super creative on the ice. He is always bringing good things to practices and games. He’s a special talent and I am happy that I am on the same side as him.”

That skill set was evident during game action as Zary, the 12th-ranked North American skater at the midterm, was a top performer for Team White in finding immediate chemistry with Barrie Colts forward Tyson Foerster en route to wrapping up the night with a trio of assists.

Other teammates reuniting Thursday included a pair of star forwards with the Ottawa 67’s in Jack Quinn and Ontario Hockey League leading scorer Marco Rossi who suited up for Team Red.

“It’s definitely cool to come with someone, you have a buddy to go through it with, and I am rooming with him too, so it’s nice to have him here,” said Quinn, who would go on to score a goal in the showcase and earn Player of the Game honours for his side.

Among those playing apart included Sudbury Wolves blue-liner Jack Thompson, who after clocking in at No. 67 in the midterm rankings had a prime opportunity to put his experience practicing against second-ranked Quinton Byfield to the test.

“He’s an awesome player. It’s different going against him. It’ll be like practice,” Thompson said in the lead up to the showcase. “You might go a little bit harder out there so it’s going to be fun.”

Also going up against each other Thursday were a pair of forwards from the Windsor Spitfires in Will Cuylle and Jean-Luc Foudy.

“I have only played against him in practice the last couple of years so it is going to be really fun to be out there on the ice against him in this kind of setting,” Cuylle said pregame. “It’s fun seeing him out there and going through (this experience) with him.”

While practicing against teammates in the regular season may see players limit their intensity, Thursday’s showcase before hundreds of eager talent evaluators offered up a new type of experience.

“It’s always nice to see a familiar face around, but going up against (Cuylle), maybe I’ll hit him a couple times,” Foudy quipped. “I kind of know his go-tos, and him the same for me, so if we intercept a pass from one another, you will know why.”

In all, the 25th edition of the CHL/NHL Top Prospects Game offered no shortage of scoring chances, plenty of physicality, and a host of highlight reel moments as the top eligible prospects completed the latest step in their draft year journey.

A tenth pairing existed prior to the QMJHL trade deadline with Drummondville Voltigeurs Dawson Mercer and Thimo Nickl who played together on Team Red.  Mercer is now a member of the Chicoutimi Sagueneens. 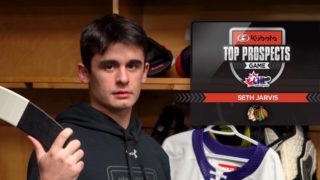 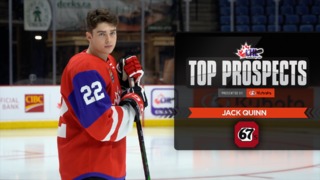 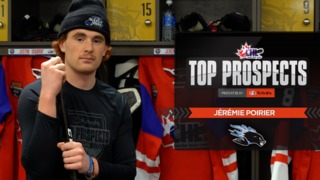 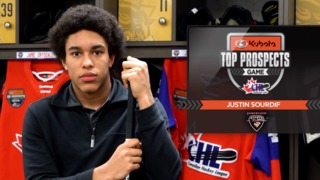 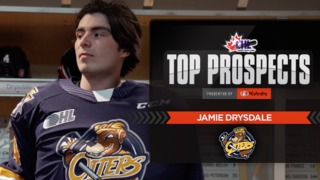 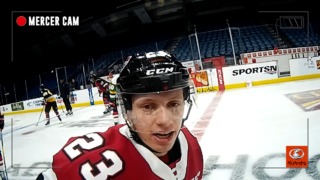 2:20
Helmet Cams in Hamilton: Mercer and Rossi
1 month ago