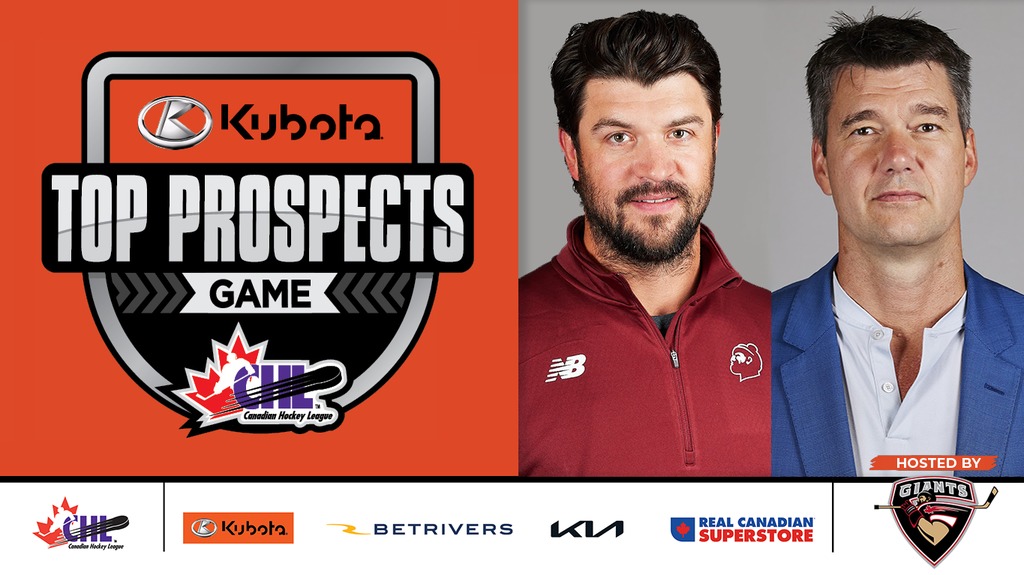 The Canadian Hockey League announced today the coaching and support staffs in addition to ticket information for the 2023 Kubota CHL/NHL Top Prospects Game hosted by the Vancouver Giants at the Langley Events Centre on Jan. 25, 2023.

Fans are encouraged to act quickly to secure their seat to the 2023 Kubota CHL/NHL Top Prospects Game. In addition to single seats, fans can bundle and save with the purchase of a three-game Top Prospects Pack available from the Vancouver Giants ticket office, beginning at $75 plus applicable taxes and fees. Additionally, single game tickets beginning at $29.95 plus applicable taxes and fees are available online, by telephone at 604-882-8800, and in person at the Langley Events Centre ticket office (Mon.-Fri., 9 a.m. – 5 p.m., Sat.-Sun., 9 a.m. – 3 p.m., and until the end of the first period on Giants game days).

Selected second overall by the Canucks in the 1999 NHL Draft, Daniel Sedin spent the entirety of his NHL career with the franchise, counting 17 seasons in which he amassed 1,041 points in 1,306 games. Sitting second all-time in franchise points and first in goals (393), Sedin’s career was highlighted by the 2010-11 season when he led the NHL with 104 points as its only triple-digit producer and was named a First Team All-Star and presented with the Ted Lindsay Award as the NHL’s most outstanding player. The 2006 Olympic gold medalist with Sweden then returned to the Canucks in 2021, joining the club’s hockey operations department where he currently works in player development. Sedin was inducted into the Hockey Hall of Fame in 2022.

The third-overall selection by Vancouver in the 1999 NHL Draft, Henrik Sedin played 17 seasons with the Canucks where through a franchise-leading 1,330 regular season appearances he remains the club’s all-time leader with 830 assists and 1,070 points, alongside 240 goals. A natural playmaker, Sedin led the NHL in assists for three consecutive seasons (2010-12), beginning with the 2009-10 campaign where he also led the league with 112 points to earn the Art Ross Trophy and later claim the Hart Trophy as NHL MVP. A two-time First Team All-Star (2010, 2011), Sedin was an invaluable presence both on and off the ice as on he twice (2016, 2018) earned the King Clancy Memorial Trophy in recognition for significant humanitarian contributions to his community. Sedin also saw success internationally, helping his native Sweden to a gold medal at the 2006 Winter Olympics. Alongside his brother, Sedin returned to the Canucks in 2011 where he currently works in player development. In 2022, Sedin was inducted into the Hockey Hall of Fame.

A Canucks legend, Smyl spent the entirety of his playing career in Vancouver, counting 13 seasons in which he registered 262 goals and 411 assists for 673 points through 896 career contests. Smyl remains the franchise’s fifth all-time leading scorer. The Glendon, Alta., native then joined the Canucks’ hockey operations in 1991, beginning as an assistant coach, while the ensuing years saw him serve in various capacities with the organization including his current role as vice-president of hockey operations. In the junior ranks, Smyl competed with the Bruins for part of four seasons (1974-78) and helped the club win four consecutive Ed Chynoweth Cup championships. Smyl’s junior career was underscored by the 1977 and 1978 campaigns where he helped his team raise the Memorial Cup, the latter year which saw him lead all tournament participants with 14 points in only five games to claim the Stafford Smythe Memorial Trophy as Memorial Cup MVP and earn a spot on the Memorial Cup All-Star Team. Chosen 40th overall by Vancouver in the 1978 NHL Draft, Smyl captained the club from 1982-90 and in 1991 his iconic jersey No. 12 became the first number retired by the Canucks.

Spending three seasons (1973-76) with the Swift Current/Lethbridge Broncos, Delorme’s junior career counted 154 career contests in which he neared point-per-game production with 57 goals and 84 assists before later beginning a nine-year NHL career that counted more than 500 games with the Colorado Rockies and Vancouver Canucks. Returning to his junior hockey roots, the native of North Battleford, Sask., joined the Canucks in 1986 where he began a career in amateur scouting that has spanned more than 35 seasons including more than two decades as chief scout.

A WHL graduate, Dyck spent part of four seasons (1985-89) in the junior circuit as a player, counting stops with the Calgary Wranglers, Brandon Wheat Kings, and Regina Pats where in 215 career contests he registered 15 goals and 48 assists for 63 points. In 1993, Dyck joined the Kamloops Blazers as a scout, helping to construct the team that claimed the 1994 Ed Chynoweth Cup and Memorial Cup titles before later shifting to coaching with the Medicine Hat Tigers. A native of Lethbridge, Alta., Dyck later joined his hometown Hurricanes as an assistant coach. In all, Dyck spent nine seasons in Lethbridge including four as head coach. Originally joining the Giants in 2002, Dyck held several roles with the organization prior to his appointment as head coach in 2018-19. As head coach of the Giants, Dyck’s first four seasons with the club have witnessed him post an impressive record of 116-88-12-4 highlighted by a trip to the WHL Championship Final in 2019. Dyck has also seen success on the international stage including gold-medal victories as an assistant coach with Team Canada at the 2021 World Championship and 2022 World Juniors.

A three-time Stanley Cup champion, Seabrook came on the hockey radar in part of five seasons (2000-05) with the Lethbridge Hurricanes where the then budding blue-liner impressed at both ends of the ice in collected 39 goals and 137 assists for 176 points in 264 career contests. Seabrook then captained the Hurricanes for his final two seasons and also participated in the 2003 CHL/NHL Top Prospects Game. Chosen 14th overall by the Blackhawks in the 2003 NHL Draft, Seabrook helped the franchise capture the Stanley Cup on three occasions (2010, 2013, 2015). Over 15 seasons, Seabrook tallied 103 goals and 361 assists for 464 points, while today he remains third all-time in Blackhawks’ history with 1,114 games played and one of eight skaters to reach more than 1,000 games with the Original Six franchise. A native of Richmond, B.C., Seabrook has also enjoyed success internationally including gold-medal wins at the 2003 IIHF U18 World Championship, where he was named the tournament’s best defenceman, in addition to the 2005 World Juniors and 2010 Winter Olympics. In 2022, Seabrook returned to B.C. as the Giants’ player development coach. 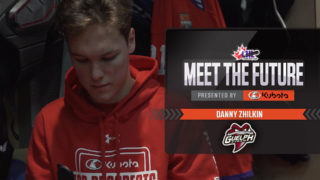