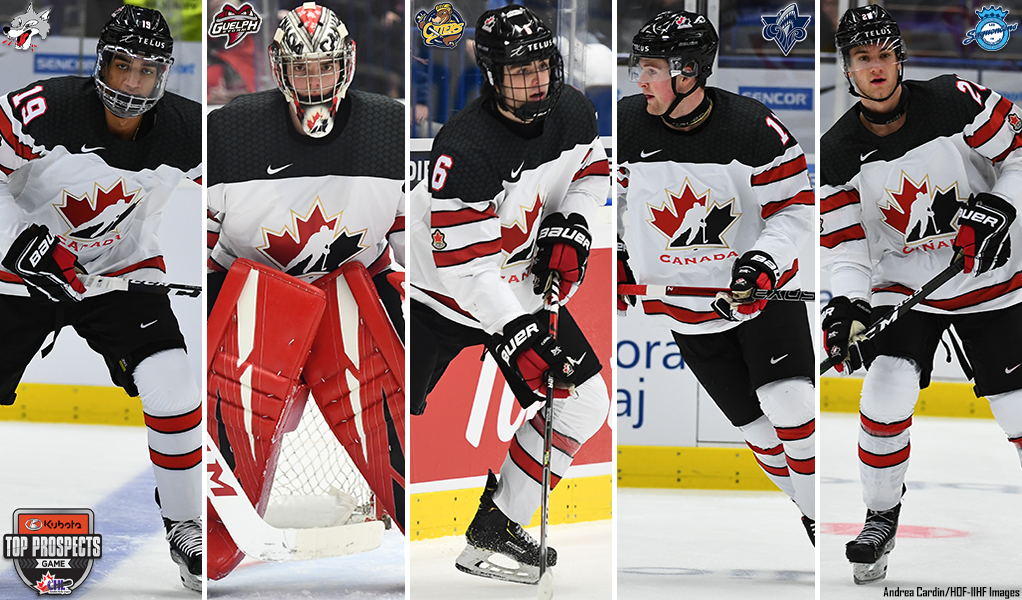 A series of signature events make up part of the evaluation process for top prospects ahead of the 2020 NHL Draft.

Among those competitions includes the IIHF World Junior Hockey Championship, with the latest rendition resulting in an 18th gold medal for the Canadian squad that counted five Canadian Hockey League draft eligibles on its roster.

Headlining the group was Rimouski Oceanic captain Alexis Lafreniere, the reigning CHL Player of the Year whose MVP performance on the national stage counted 10 points in five games. The 2020 NHL Draft favourite, who claimed top spot in NHL Central Scouting’s Midterm Rankings, is now set to once again play under the big lights as he captains Team White at the 2020 Kubota CHL/NHL Top Prospects Game.

“He showed that he is the top prospect for this draft class,” Director of NHL Central Scouting Dan Marr said of Lafreniere’s performance at the World Juniors. “The ability that he has to be the difference maker in a lot of situations and at various levels of play, he has proven himself.

“In the QMJHL this year, they are not giving him a free ride. They are running him, they are going at him, they are making him pay the price, and he is responding. He is fighting one-on-one battles to make plays and get things done. Just the way he is able to elevate his game when it is required puts him ahead of the class by a wide margin.”

Playing opposite to Lafreniere in Thursday’s showcase is Sudbury Wolves centre Quinton Byfield, the reigning CHL Rookie of the Year and a hulking pivot who has been tabbed to lead Team Red. As the youngest player with Team Canada, Byfield flashed much of the skill that has helped him dominant with 63 points over 33 points with the Wolves this season and earn the second spot in NHL Central Scouting’s midterm assessment.

“It just shows you how good of a prospect he is that he was able to be on the (World Junior) team,” Marr said. “He is able to go out and perform in whatever role, whatever situation, where he plays a responsible game. This is someone where coaches only have to tell him once and he gets it.”

Rounding out the Team Canada participants at the forward ranks is Chicoutimi Sagueneens centre Dawson Mercer, a rising star in his draft class who clocks in at No. 6 in the midterms and who will have a prime opportunity Thursday as he rides shotgun with Byfield on the top line.

“Mercer came to the camp (with Canada) and just played his game,” Marr commented. “He wasn’t intimidated by being around all the players. That is what everybody likes about him because you get the same effort, the same game from him each time you watch him play.

“When they threw him in the lineup, he was ready. A lot of players don’t have that ability to step in and play when opportunity gets thrust at them. This experience for him was a positive but also showed the scouting world what character he is made out of. He showed he is ready for whatever circumstance you throw at him because he just goes out there and plays his game.”

“He showed what he is made out of (at the World Juniors) because he just got better and better as the tournament went on,” Marr added. “You could see the confidence building in him.”

Between the pipes, Team Red will also benefit from the addition of Guelph Storm goaltender Nico Daws who after going unselected a year ago now ranks as the top North American netminder among the 2020 NHL Draft class.

“Daws just transformed himself in the offseason. He recommitted himself to changing his technique, changing his routine, and it certainly paid off with his play in Guelph,” Marr concluded. “The fact that he came to camp (with Canada) and made the team, and that he played, it was a plus in his column.”

Following their success with Canada, all five players enter the 2020 Kubota CHL/NHL Top Prospect Game with their latest opportunity to impress under the national spotlight and continue to build their stock ahead of the 2020 NHL Draft in Montreal.