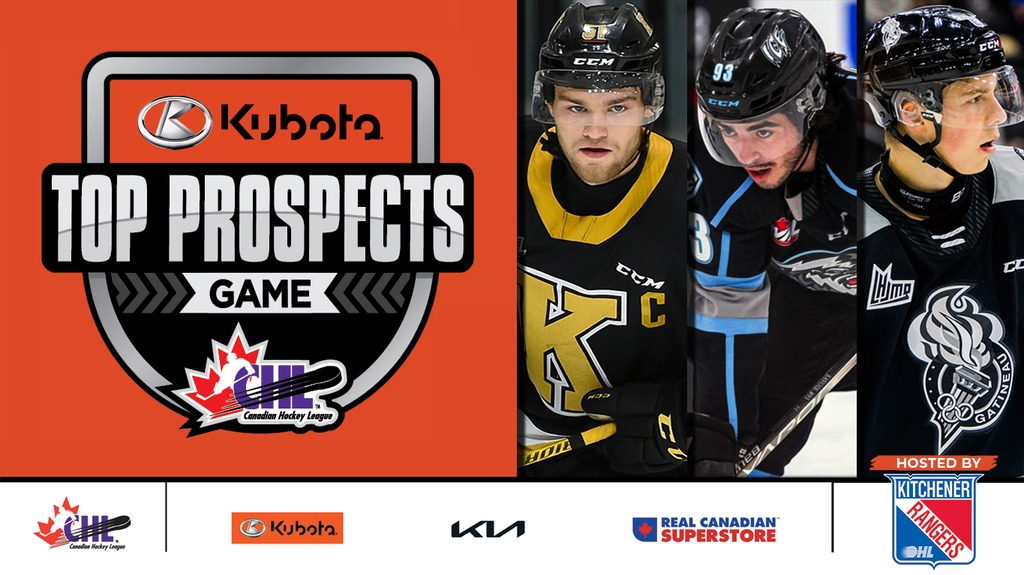 The Canadian Hockey League in association with National Hockey League Central Scouting announced today the 40 players who have been invited to compete in the 2022 Kubota CHL/NHL Top Prospects Game.

Slated for March 23 at the Kitchener Memorial Auditorium, the 2022 Kubota CHL/NHL Top Prospects Game showcases the top-40 CHL players eligible for the 2022 NHL Draft from across the Western Hockey League, Ontario Hockey League, and Quebec Major Junior Hockey League. In all, the 40 players count 18 from the OHL, 15 from the WHL, and seven from the QMJHL. Additionally, 23 CHL clubs are represented by at least one player, led by the Guelph Storm with four and Gatineau Olympiques, Kamloops Blazers, Seattle Thunderbirds, and Swift Current Broncos each with three, while 11 teams have multiple player representatives:

The 40 players will be divided into Teams Red and White with the rosters and coaching staffs announced in the coming weeks.

With a majority of tickets already sold and in anticipation of 100 percent seating capacity, fans are encouraged to get their tickets now online at kwtickets.ca, by telephone at 1-800-265-8977 or 519-578-1570, or at the box offices at the Centre In the Square at 101 Queen St. N., Kitchener (Monday to Friday, 10 a.m. to 4 p.m., Saturday 10 a.m. to 2 p.m. by telephone only, to arrange in person purchases during these hours email boxoffice@centreinthesquare.com), and the Kitchener Memorial Auditorium at 400 East Ave., Kitchener (Game Days, 4 p.m. to 8 p.m. or call 519-741-2699 to arrange in-person purchases during business hours on other weekdays). Digital tickets for the originally scheduled date will automatically update. Printed tickets will be honoured for the rescheduled game.

The Kubota CHL/NHL Top Prospects Game was last held in Hamilton in January 2020 where Team White defeated Team Red 5-3. Tyson Foerster (Team White/Barrie Colts/Philadelphia Flyers) and Jack Quinn (Team Red/Ottawa 67’s/Buffalo Sabres) were named the Players of the Game. In all, 37 players who competed in the 2020 Kubota CHL/NHL Top Prospects Game were later chosen in the 2020 NHL Draft headlined by Lafreniere’s first-overall selection by the New York Rangers. 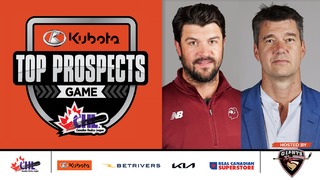