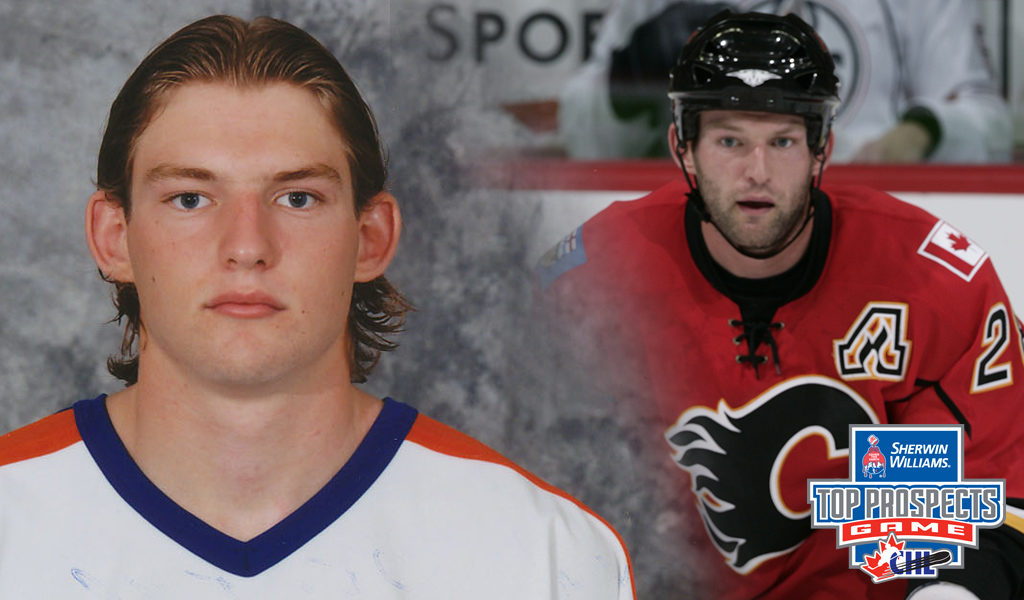 After all, the former Calgary Flames defenseman and veteran of nearly 1,100 National Hockey League games was a participant himself at the 1998 prospect showcase as part of Team Orr. That opportunity to suit up for the legendary defenseman’s squad was a big moment for the budding blue-liner, and perhaps only more surreal to a big-time fan in the stands.

“My mom grew up as a huge Boston Bruins and Bobby Orr fan. She was star-struck by him,” Regehr told the Canadian Hockey League. “At the time, and I didn’t hear what it was, but Bobby wanted a list of people who would be interested in this item. Of course, my mom not being very shy at all, she wrote down this list of people.

“Two or three weeks later, a signed print of Bobby scoring the goal flying through the air showed up to every single person on that list. That made a huge impact on me, just seeing what kind of class he carried himself with. That is right at the top of the list of the kind of person he is.”

More than two decades later and Regehr will follow in the footsteps of the iconic builder of the Top Prospects Game when he joins the coaching ranks and stands alongside Prince Albert Raiders bench boss Marc Habscheid and Team Orr head coach Kelly Hrudey. It’s a reunion of sorts for Regehr, who played under Habscheid during his junior days with the Western Hockey League’s Kamloops Blazers.

Those times included one of Regehr’s finest memories from his years in the junior circuit, when the 1998-99 Blazers pieced together a 48-win season and a franchise-record 26-game unbeaten streak. While the year didn’t culminate in a Memorial Cup victory – the Blazers fell to the Calgary Hitmen in the WHL Championship – it’s moments like these that helped shape the message Regehr plans to impart on Team Orr.

“Enjoy the experience and maximize your skill set. Meaning, whatever you do, do it really well,” Regehr said. “This is one of the steps along the way in reaching the ultimate goal – making the NHL. Within that step, you’re going to be playing against some players who you’ll be potentially facing down the road, so there is always that ability to measure yourself.

“If you’re a hard-nosed defenseman and you’re playing against a skilled forward, you want to make it hard on him. If you’re a scoring winger and you’re playing against a defenseman who you want to go around to score, you want to create that doubt with how he can defend you. It can never be started too early, and with all of these top prospects together in one game, it’s a really great opportunity for them to showcase themselves.”

While Regehr is a new face to the coaching ranks, he’s ready to underscore to his players that they should embrace such a rare opportunity. He also understands that while young players can be anxious when stepping on to the big stage, it’s important they show the style that got them there.

“I’ll make sure I’m telling them to go out there and play their game,” Regehr said. “This game allows scouts and managers to see who can really bring their game to another level and how they react against top-level competition. These kids are all right around the same age and development, so we’re going to see who can really up their game in a pressure situation. It’s not an all-star game. It has intensity and people really want to show what they can do.”