15 CHL players selected in first round of 2021 NHL Draft 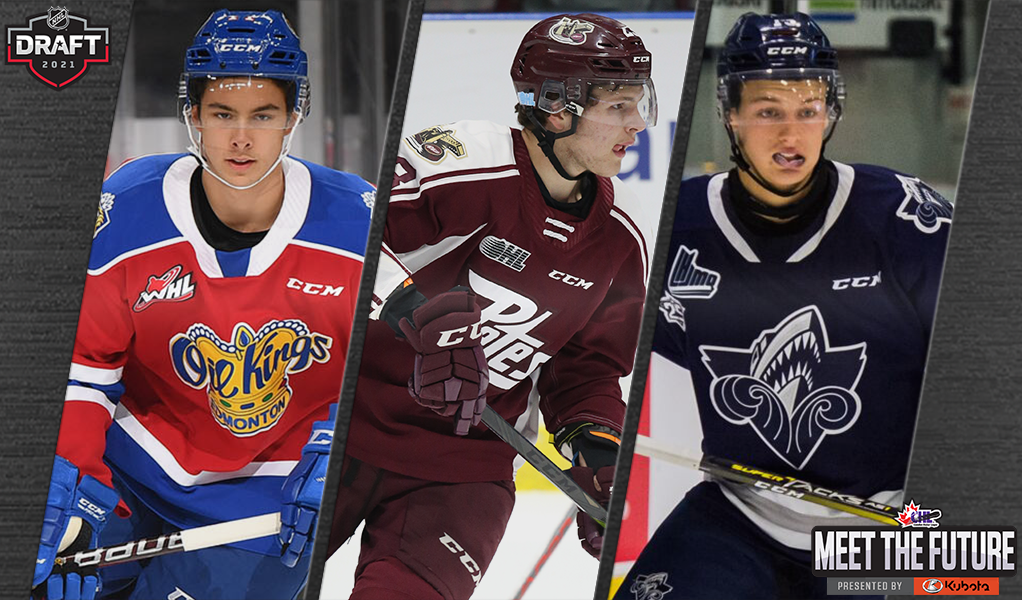 The Canadian Hockey League is proud to announce that 15 CHL players were chosen in the opening round of the 2021 NHL Draft, representing nearly 50 percent of all first-round picks and the most of any league represented Friday.

“The Canadian Hockey League is the top development league and supplier to the NHL and that continued tonight with 15 of our players chosen from our three member leagues,” said CHL President Dan MacKenzie. “Being selected in the opening round of the NHL Draft is a special moment for our players and their families and we congratulate them on this incredible achievement.”

Peterborough Petes centre Mason McTavish was the first CHL player to hear his name called when he was selected third overall by the Anaheim Ducks. Originally chosen with the fifth pick in the 2019 OHL Priority Selection, McTavish debuted with the club in the ensuing months, putting together a solid first season in which he amassed 42 points counting 29 goals and 13 assists through 57 appearances, good for sixth in team scoring and a spot on the OHL Second All-Rookie Team. A native of Carp, Ont., McTavish competed on loan with EHC Olten of the second-tier Swiss league for the 2020-21 campaign.

Leading the way from the WHL was Edmonton Oil Kings right-wing Dylan Guenther who was called upon at ninth overall by the Arizona Coyotes. The top pick from the 2018 WHL Draft, the Edmonton native put together a dominant first season with his hometown club in which he was ultimately recognized with the Jim Piggott Trophy as the WHL Rookie of the Year after wrapping up his freshman campaign with north of point-per-game production that counted 26 goals and 33 assists across 58 appearances. Guenther then returned for the WHL’s recently completed campaign where he again impressed in netting 24 points in only 12 outings.

Headlining four selections from the QMJHL was Rimouski Oceanic centre Zachary Bolduc who went off the board at 17th overall to the St. Louis Blues. Joining the Oceanic after being chosen with the 14th pick in the 2019 QMJHL Entry Draft, the native of Trois-Rivieres, Que., put together a dazzling first season in which he approached a point-per-game pace in collecting 30 goals and 22 assists over 55 appearances, good for fifth in team scoring and top spot among all freshmen in goal production as he was also later recognized as the QMJHL Rookie of the Year. Returning to the Oceanic for 2020-21, Bolduc was again an offensive force as he registered 29 points over 27 appearances.

The 2021 NHL Draft continues Saturday where the 32 NHL teams will complete rounds two through seven. 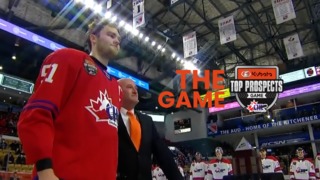 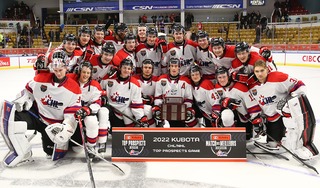 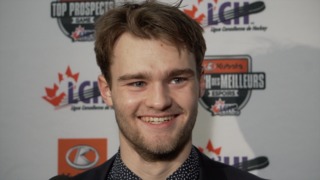 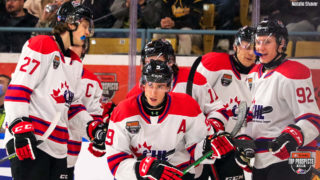 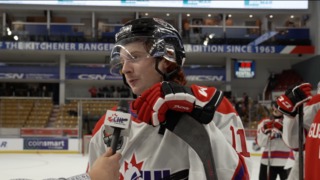 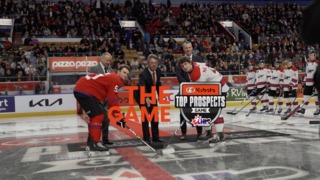